Vasoactive drugs refers to substances that present peripheral, pulmonary or cardiac vascular effects, either direct or indirect, acting in small doses and with dose response dependent on short and rapid effect, through receptors located in the vascular endothelium. They are commonly used in an intensive care unit (ICU) mainly to regulate heart rate and systolic volume.

In most cases, it is necessary to perform hemodynamic and invasive monitoring during the use of these substances, since their potent actions determine drastic changes in both circulatory and respiratory parameters, and may cause serious side effects if their use is inadequately done, including permanent damage, seizures, death.

The most used vasoactive drugs are catecholamines, also called vasoactive amines or sympathomimetic drugs. Among them, the following stand out:

There is also the vasoconstrictor class called Anti-diuretic Hormone:

And the group of vasodilators most used in ICU:

Noradrenaline: is the neurotransmitter of the sympathetic nervous system and precursor of adrenaline. Norepinephrine has activity in both the alpha and beta 1 adrenergic receptor, with little action on beta 2 receptors. Depending on the dose used, there is an increase in systolic volume, a decrease in heart rate and an important peripheral vasoconstriction, with an increase in blood pressure . Noradrenaline is also a potent visceral and renal vasoconstrictor, which limits its clinical use. It is also vasoconstricting on the vascular, systemic and pulmonary network and should be used with caution in patients with pulmonary hypertension. On the other hand, it is a drug of choice in septic shock, whose purpose is to raise BP in hypotensive patients, who did not respond to volume resuscitation and other less potent inotropes.

Adrenaline: is a potent alpha and beta adrenergic stimulator whose vasopressor effect is well known. The mechanism of elevated blood pressure caused by adrenaline is due to direct action in the myocardium, with increased ventricular contraction, an increase in heart rate and vasoconstriction in many vascular beds (arterioles of the skin, kidneys, and venules). In the smooth muscle, its predominant action is relaxation through the activation of alpha and beta adrenergic receptors. The drug also exerts bronchodilation, through interaction with beta2 receptors of the bronchial smooth muscle, combined with the inhibition of mast cell degranulation. Adrenaline also raises glucose concentrations (increased neoglycosis and inhibition of insulin secretion) and serum lactate. The main indications of epinephrine include states of circulatory shock that do not respond to the other less potent catecholamines, in particular in cardiogenic shock, when combined with post-load reducing agents. This drug is recommended in the treatment of severe borcospasm. It is also indicated for the treatment of anaphylaxis and, during cardiopulmonary resuscitation maneuvers, is the most effective vasoconstricting agent.

Dopamine: is the immediate precursor of noradrenaline. It has numerous effects, since it stimulates all types of receptors, being these dose-dependent. In low doses, it has a predominant dopaminergic effect, causing an increase in cardiac output; decreased vascular resistance and renal and mesenteric vasodilation. At medium doses, it has a predominant beta effect, increasing the cardiac output; blood pressure and diuresis. At high doses, the predominant effect is alpha, causing increased systemic vascular resistance and blood pressure and decreased renal blood flow. Thus, the main indications for dopamine are related to low-flow states with controlled or increased blood volume (beta adrenergic effect). Because this vasoactive drug has a low-dose renal vasodilator effect, it is also indicated in situations in which the hemodynamic parameters are stable, but with persistent oliguria (dopaminergic effect). It can also be used in shock conditions with decreased peripheral resistance (alpha adrenergic effect).

Dobutamine : is a synthetic sympathomimetic drug with a predominantly beta 1 agonist action. This drug has low affinity for beta 2 receptors and is almost devoid of alpha adrenergic effects. Dobutamine has few effects on heart rate, increases myocardial contractility and cardiac index, not acting on peripheral vascular resistance. The drug is used to improve ventricular function and cardiac performance in patients in whom ventricular dysfunction results in decreased systolic volume and cardiac output such as cardiogenic shock and congestive heart failure. Myocardial oxygen consumption, under the use of dobutamine, is lower than under the action of other catecholamines.

Dopexamine: is a synthetic catecholamine with dopaminergic and beta 2 agonist activity, with a weak beta 1 adrenergic effect and absence of effects on alpha receptors. When compared to dopamine, dopexamine has less potency in stimulating dopaminergic receptors, while its beta 2 effects are about sixty times more potent. Thus, beta receptor stimulation results in increased cardiac output, decreased systemic vascular resistance, and increased urinary volume and sodium excretion by dopaminergic stimulation. In addition, the drug potentiates the effects of endogenous noradrenaline by blocking its reuptake. Dopexamine can be used in the treatment of acute and congestive heart failure and in postoperative patients of cardiac surgery, who develop with low output. In addition, dopexamine may also be used in septic shock in combination with noradrenaline in an attempt to prevent acute renal failure and to increase mesenteric flow and gastrointestinal perfusion.

Isoproterenol: is a synthetic catecholamine, similar in structure to adrenaline. It is a potent beta adrenergic agonist, with very low affinity for alpha receptors. Therefore, it exerts potent effects on the cardiovascular system, such as increased contractility, frequency and conduction velocity of the cardiac electrical stimulus. There is an increase in cardiac output and in myocardial oxygen consumption. Stimulation of beta adrenergic receptors results in relaxation of the vascular smooth muscle at the same time as systemic vascular resistance and diastolic pressure fall. The smooth muscle of the bronchial and pulmonary vascular airways are also relaxed by isoproterenol, causing a decrease in pulmonary vascular resistance and reversal of bronchospasm. It is indicated mainly in the low flow syndromes with high filling pressures and also elevated peripheral and pulmonary resistance (cardiogenic shock). It is also indicated to treat cases of bradycardia with hemodynamic repercussion until definitive therapy (pacemaker) is used.

Sodium nitroprusside : is a mixed vasodilator with effects on the arterial and venous territories. Acts directly on vascular smooth muscle. It does not present direct effect on the cardiac muscle fibers, being its increase in the cardiac output due to the vasodilating action. Renal blood flow and glomerular filtration rate are maintained and the secretion of renin by the body is increased.

The drug then promotes a decrease in total peripheral resistance, blood pressure and myocardial oxygen consumption, low heart rate changes, and decreased pulmonary vascular resistance. The active metabolite of the drug is nitric oxide, which appears to be responsible for the vasodilatory action. Sodium nitroprusside is an unstable molecule that undergoes decomposition under alkaline conditions and when exposed to light. It is indicated in the treatment of hypertensive emergencies and as an auxiliary drug in states of circulatory shock, with increased ventricular filling pressures and peripheral resistance.

The low-throughput states associated with severe cell dysfunction are relatively common in Intensive Care Units. The use of vasoactive drugs is of vital importance for the reversal of this situation, improving the prognosis and the survival of the patients. These drugs generally have a fast and potent action, but their therapeutic index is low and should be administered through adequate hemodynamic and laboratory monitoring.

Nitroglycerine: Nitroglycerin is a derivative of organic nitrate that is rapidly metabolized in the liver by a nitrate reductase. The drug acts on the systemic veins and the great arteries. In angina pectoris increases the capacity of the veins, which decreases the venous return to the heart and the diastolic pressure in the LV, which is why the oxygen needs are lower. In the coronary arterial circulation, dilates vessels of low resistance, which gives rise to a distribution of coronary flow. If the atheroma is located eccentrically, it dilates atherosclerotic stenoses. It also dilates the arteriocular bed, with a decrease in systemic vascular resistance. It is indicated in cases of Angina pectoris, as monotherapy or in combination with other antianginosos, as beta-blockers or antagonists of the calcium channels. Heart failure in patients who do not respond to conventional treatment with digital and other positive inotropic drugs and diuretics.

Vasopressin : is a human hormone secreted in cases of dehydration and drop in blood pressure; causing the kidneys to conserve water in the body, concentrating and reducing the volume of urine. This hormone is called vasopressin because it increases blood pressure by inducing moderate vasoconstriction on the body’s arterioles. The drug acts in the nephron, favoring the opening of the water channels (aquaporins) in the cells of the tubule of connection and tubule collector.

Basic rules for the administration of dVAS:

Avoid administration with alkaline solution to avoid extravasation. Bolus medicine should never be given via vasoactive drugs. And perfusion evaluation should be done on the extremities. 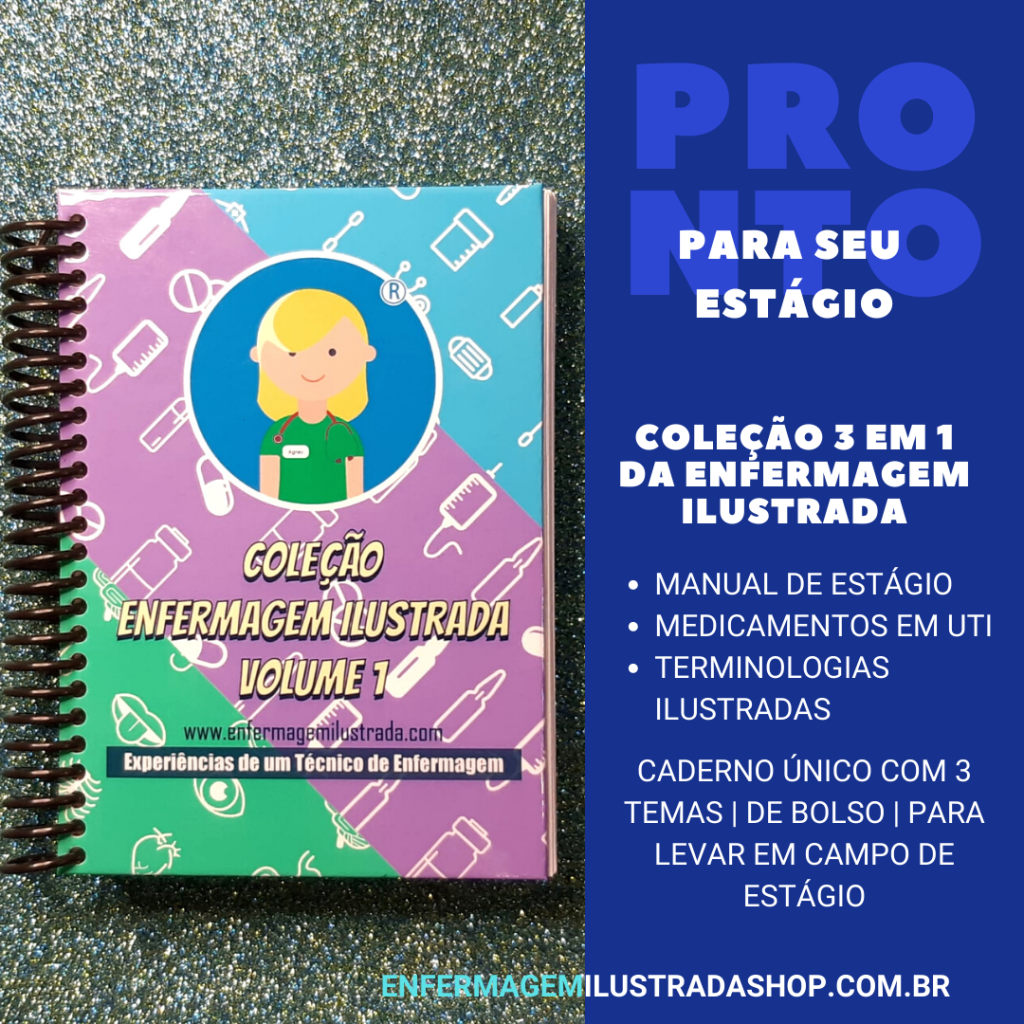